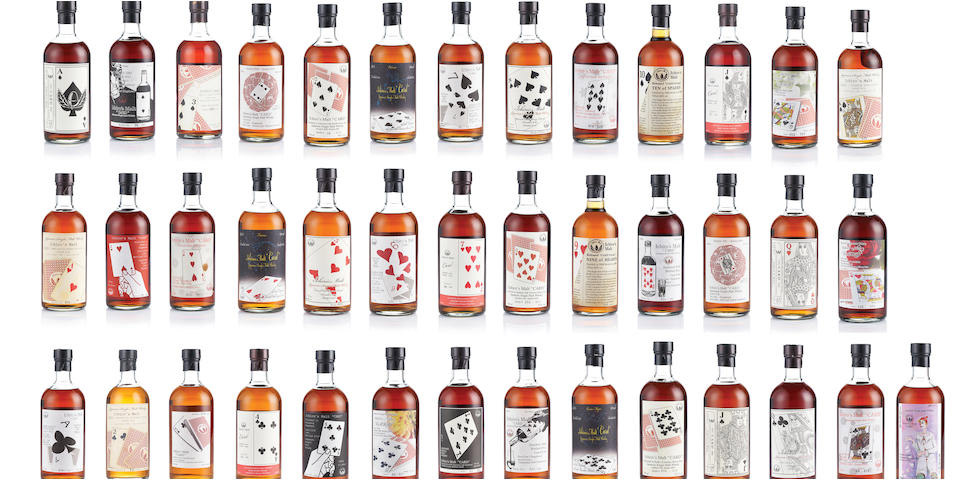 At present, Hanyu whisky is liquid history – not just because it is a closed distillery, but also because it is becoming increasingly rare to spot a bottle in the wild, let alone one that is open for tasting. If the stars align and the opportunity presents itself, get ready for some serious credit card pain or move on and don’t look back. It’s easy to forget, however, that for most of its history, people couldn’t care less about Hanyu.

Toa Shuzo, the company behind Hanyu distillery, set up a liquor production plant in the village of Hanyu in November 1941. This was an extension of the Akuto family’s sake business in Chichibu, which dates back to 1626. After the war, there was significant demand for whisky and Isoji Akuto – Ichiro’s grandfather – decided the time was right to enter the whisky field. He obtained a license and started experimenting with a small homemade still, but things didn’t go very well and there were times when most of the production at the Hanyu plant was destined for use as a patisserie ingredient.

Towards the end of the 1970s and beginning of the 1980s, whisky consumption skyrocketed and like most smaller producers in Japan, Toa Shuzo made whisky in a ‘pragmatic’ way, i.e. by importing malt whisky in bulk from Scotland and adding a little of that ‘good stuff’ to blending alcohol produced in-house. In the early 80s, the yen was very weak, so it was more expensive to import whisky in bulk than to make it yourself and Isoji Akuto decided to set up a proper malt distillery at the Hanyu plant. It was a small distillery with just one pair of lantern-shaped potstills (4kl and 2kl), but that was enough for the needs of the company. It didn’t take long before history started thickening the plot: the 1985 Plaza Accord lad to a sudden sharp appreciation of the yen, making it more costly to produce malt whisky in-house as opposed to importing it in bulk. The liquor tax change of 1989, which spelled the end of a system that had protected domestic whisky from foreign rivals, was the proverbial nail in the coffin. After 1991, the stills were switched off at Hanyu distillery. Only for a few months in the spring of 2000 were they switched on again, but the writing was on the wall. Meanwhile, the sake arm of the business was in financial trouble, too, and in 2004, Ichiro’s father was forced to sell Toa Shuzo to a Kyoto-based shochu producer who took over the name and some of the portfolio, but wasn’t interested at all in the whisky left in the warehouse.

The new owner wanted to get rid of the whisky, but one man single-handed saved the entire Hanyu stock from being poured down the drain or being redistilled: Ichiro Akuto. “Some of the whisky was almost 20 years old – so that’s like children approaching their coming-of-age.” At the eleventh hour, Ichiro managed to rescue the stock. He set up his own company, Venture Whisky, and started to go to bars, trying to get people interested in Hanyu as a quality single malt. It was a steep curve, as there was more than a little prejudice against ‘domestic whisky’ at the time. Surely, it couldn’t be much good – is what the thinking was. Ichiro knew it wasn’t enough to get the bartenders interested, the bottles themselves had to be able to attract the attention of potential customers. It was during one of those visits that the idea for the Card Series was born, a visual image that was different – for a whisky label, that is – but that everyone could relate to. The rest is history, as they say. Ichiro released them in groups of four and each quartet also had a subtheme (e.g. flowers, constellations, etc.). In the decade it took to complete the series, many things changed on the Japanese whisky scene. The earlier Cards and other Hanyu releases were mostly opened and drunk, and it happened quite a few times that I came across bottles with the labels falling off in liquor stores around Japan. They didn’t exactly sell fast. By the end of the series, however, it was almost impossible to get your hands on a bottle – at least, at retail price – and most bottles went straight into collectors’ closets and cupboards. In just a few years, Hanyu had become one of the most collectable whiskies on the planet: from zero to hero.

It’s easy, in retrospect, to say: “well, of course, a lost distillery”, but not all lost distilleries become collectible. It is difficult to pinpoint what it is exactly that drives collectability and while it is undeniably true that presentation plays a role, ultimately it is the quality of the liquid that makes a distillery and its output iconic and therefore, collectible. Those who’ve had the good fortune to try Hanyu whisky know how distinct and memorable its character is. Asked to capture this character in words, Ichiro says: “it’s unlike any other whisky you’ve tasted before… prepare some shiny, fresh and ripe fruits, colorful root vegetables, both brown and white sugar, and some exotic spices. Then, mix all this with sweet and sour fruit juice in a glass. That’s the best way I could describe the unique character of Hanyu whisky.”

Within this ‘Hanyu universe’, there is, however, quite a lot of variation. A lot of this diversity comes from the plethora of cask types used for the secondary maturation of the whisky, but there’s also some difference in character depending on the vintage. “For instance,” Ichiro points out, “1985-86 is surprisingly fruity. Around 1988, we get a slightly smokier character. Then, 2000 is also fruity. Unfortunately, no production records remain, so we don’t know where these differences come from.” That’s part of the mystery now

The first single malt vintage of Hanyu. Some casks from this vintage are still maturing at present. Asked whether this is with a 35 or 40yo Hanyu release in mind, Ichiro enigmatically says: “yes and no”.

The final vintage of Hanyu. Most single cask bottlings of Hanyu are drawn from this vintage. This is the only vintage Ichiro himself was involved in making, as he joined his family business in 1996.

Limited to 12 bottles and released in 2005, the first private bottling ever done by Ichiro – for Bar Cacoi in Tokyo – is also the rarest one to date. Three years later, the remainder of the cask was bottled as the “Queen of Clubs”.

The approximate number of casks rescued by Ichiro when his grandfather’s company was sold to a new owner, who had no interest in the whisky side of the business.

A complete Ichiro’s Card series consists of 58 bottles: the first four Cards were first released in a small run before more were bottled a year later. In the meantime, the whisky kept maturing in cask, so hard-core collectors will want both versions of those four early cards. 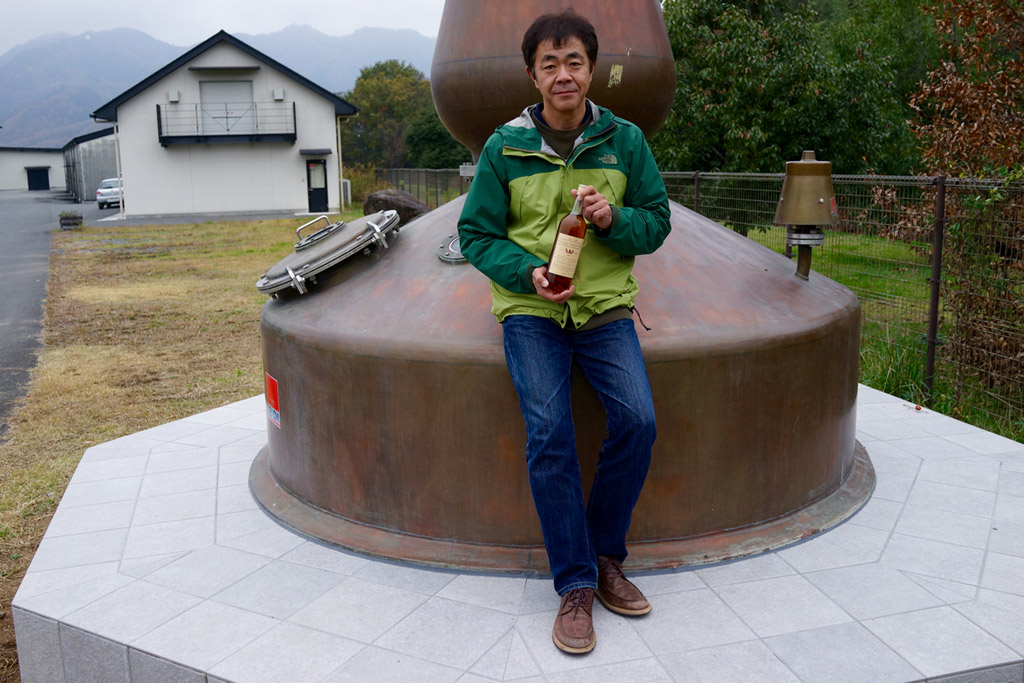