1.7 million euros. That’s the price a private buyer paid at auction for a bottle of Macallan 1926 60 Year Old, once again propelling the distillery to the top spot amongst the very small circle of the world’s most expensive whiskies. A distillery that never fails to please, Macallan regularly sees its most prestigious bottlings fetch prices on the second market that verge on the indecent. How can water, grains and a few decades lead to such astronomical numbers? Whilst simply a whisky for some and a work of art for others, one thing is for sure, it’s impossible to feel indifferent about this Speyside distillery... 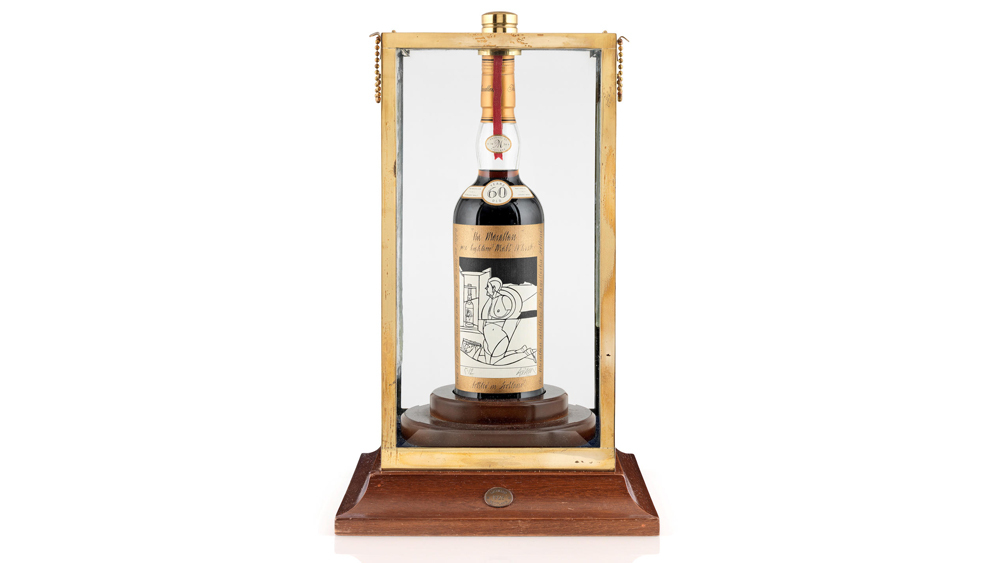 Founded in Craigellachie in 1824 by farmer and school teacher Alexander Reid, the distillery originally known as Maghellan was rebuilt by Reid’s successor James Stuart in 1868. In 1892, Macallan passed into the hands of the legendary Roderick Kemp, former owner of Talisker. Kemp’s descendants, the Shiach family in particular, looked after the distillery until it was taken over by Highland Distillers (now Edrington) in 1996.

The Easter Elchies estate, the famed birthplace of Macallan 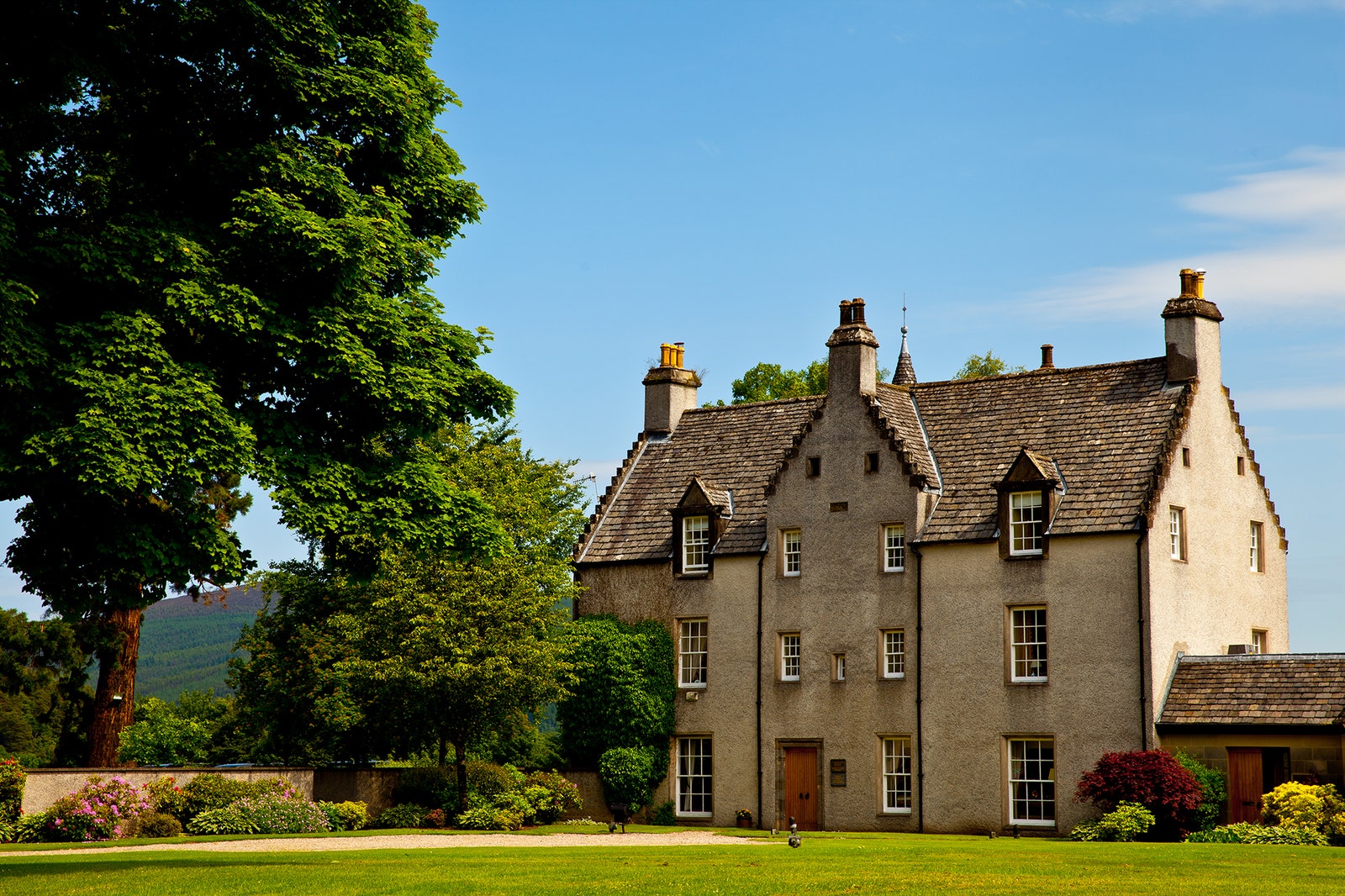 Since the era in which it had only two stills, the site has undergone numerous changes. Five new stills were added in 1954 (two wash stills and three spirit stills), and seven in 1965. This process continued throughout the 1970s, and by 1975 the total number of stills had risen to 21. Despite these developments, Macallan’s new make spirit has managed to maintain the same rich and oily character. Reasons for this include the fact that, although the number of stills have increased over the years, they have always had the same capacity (approx. 3,900 litres). In fact, the distillery’s style only ever came under threat in the period following WWII when, due to a run on coal following the conflict, Macallan was forced to use peat to dry its malt. The few vintages from this era are the only of their kind and are today extremely sought-after...

A Macallan 1946, a rare peated vintage 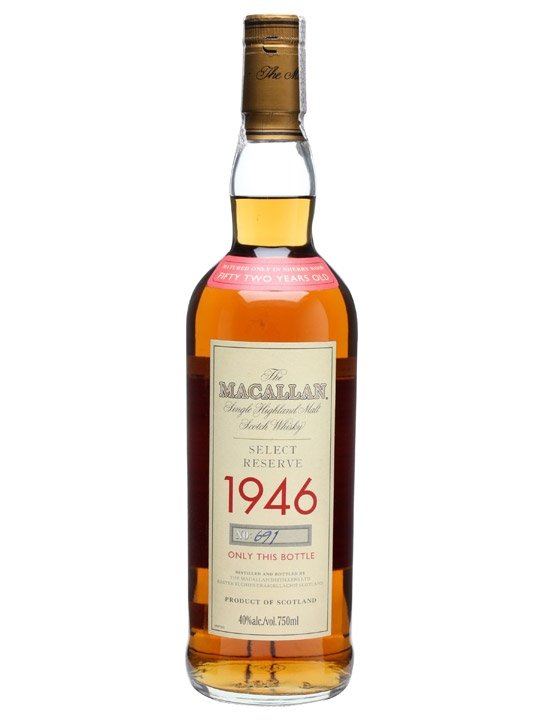 Although the distillery’s growth has gone hand-in-hand with the industry’s, it is worth remembering that Macallan was originally produced primarily for the blending market. While the 1950s saw its first single malts bottled under a license granted to renowned independent bottlers such as Campbell, Hope and King, and Gordon & Macphail, it was only in the early 1980s, in response to the slowing market, that Macallan, like many other distilleries at the time, decided to focus on the emerging single malt category. 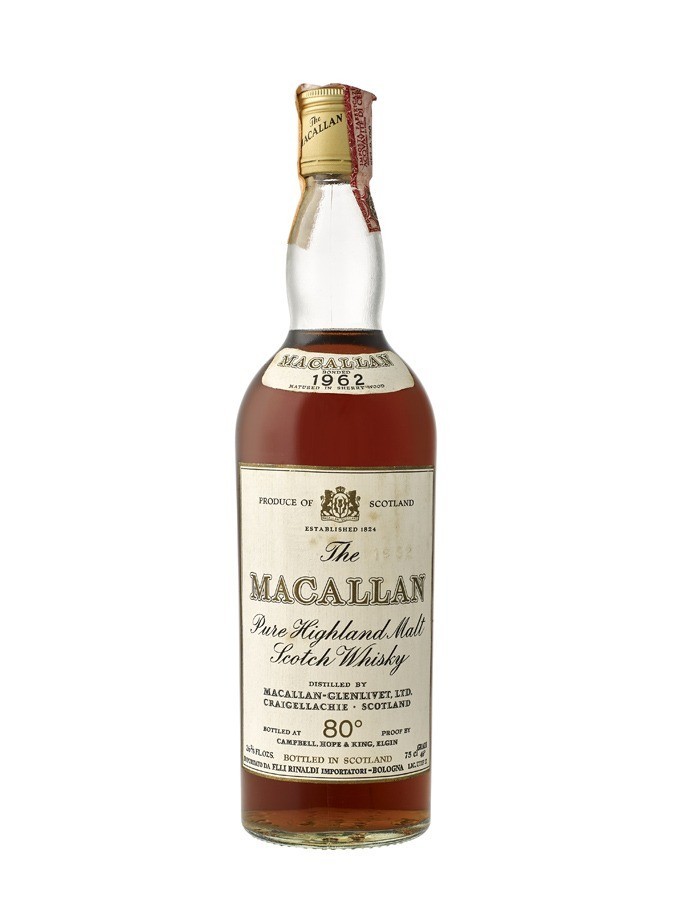 This was the period in which Macallan’s sherry casks quickly attracted the attention of enthusiasts, who soon came to associate the colour, aromas and flavours of sherry cask whiskies with the legendary Speyside distillery. Having put everything in place to ensure its new make kept the same consistent style, when it came to procuring the sherry casks in which it would be matured, Macallan decided to tackle the problem at its source, becoming one of the first distilleries to place bespoke orders at Spanish bodegas. From the selection of oak trees in the north of Spain to the length of time the wood is dried, as well as the coopering style and wine used to season the casks, the distillery leaves nothing to chance. Additionally, Macallan’s decision to never use artificial colouring poses an extra challenge and blends of casks must not only recreate a particular flavour but also a very specific colour.

With the opening of a new ultra-modern complex equipped with no less than 36 stills, 2018 saw the start of a new chapter in the distillery’s history. A history that, in light of Macallan’s resounding success, is undoubtedly still in its early days...

The still room in the new distillery 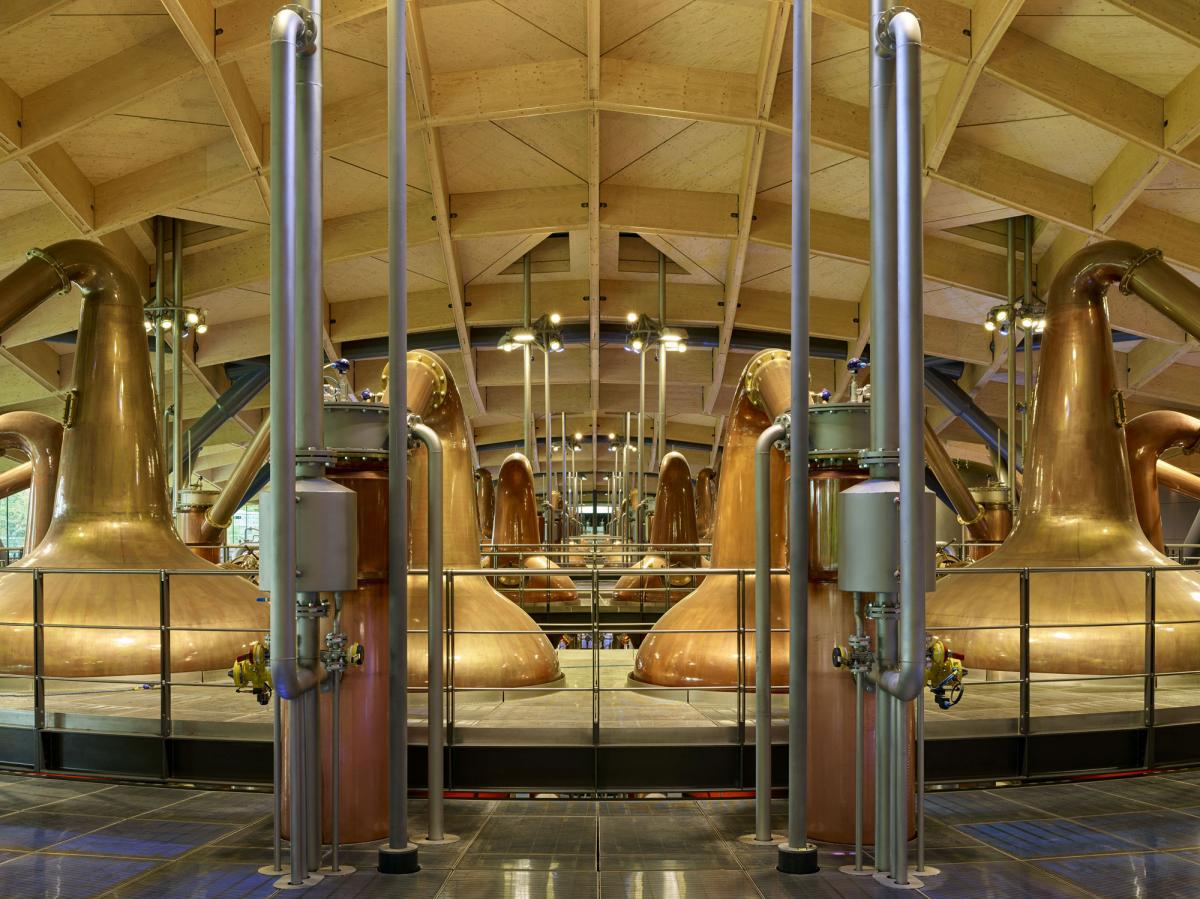 Up until 2004, all single malts were matured in sherry casks, with only blenders ageing the spirit in bourbon casks. However, faced with a rise in demand for single malts and struggling to source sherry casks, the distillery eventually made a U-turn and launched the Fine Oak range composed of whiskies aged in both sherry and bourbon casks. This range radically transformed Macallan’s identity, much to the dismay of purists.

Nonetheless, despite this introduction of bourbon casks to the range, die-hard Macallan fans can still count on the distillery to bottle some of the finest sherry casks available in its vaults. From the Fine and Rare range - composed of vintages from 1926 onwards, to the Macallan Lalique - whose decanters are almost as stunning as the spirits they contain, and the Red Ribons and the Master of Photography gift sets, Macallan has become much more than just a distillery and is today a true ambassador for Scottish luxury goods. 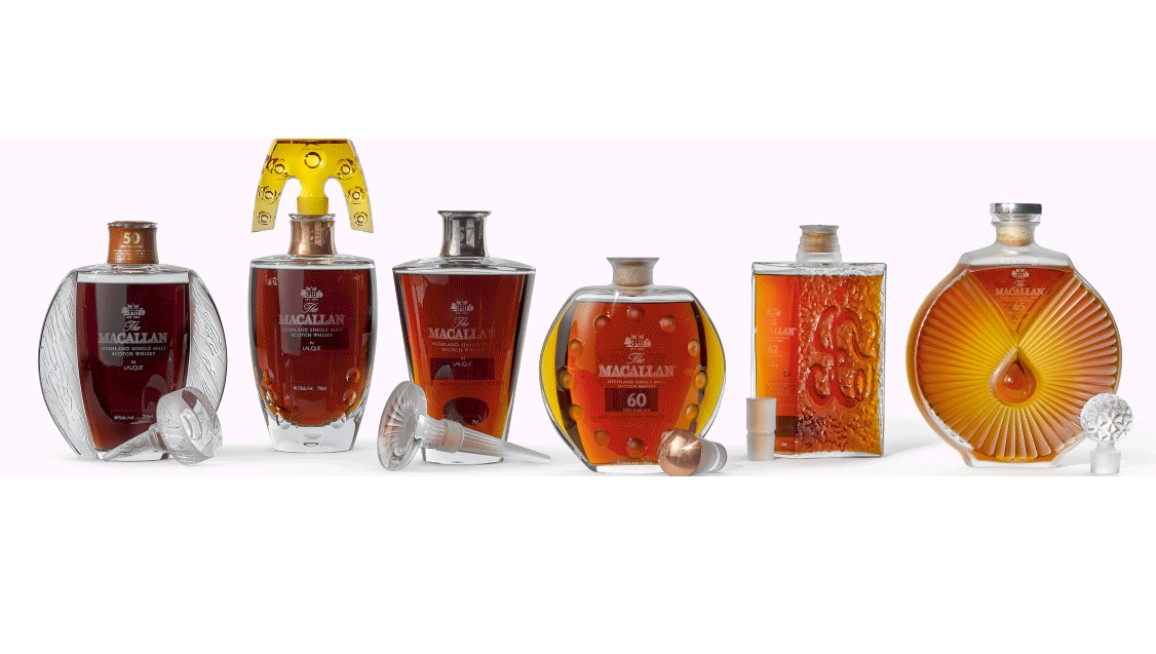 And one thing is sure, this legendary Speyside should be tasted by everyone at least once in their lifetime!