The View from the Golden Promise

Nestled in the Montorgueil district of Paris, the Golden Promise bar is split into two areas: The first a cocktail bar and the second dedicated to tasting rare whiskies. More than 1,000 bottlings most of which are almost impossible to find elsewhere are available in the speakeasy style cellar. 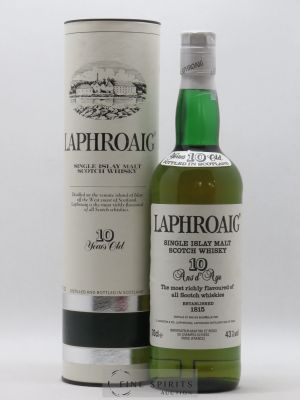 I’ll be honest, it’s going to be pretty hard for me to tell you how great this Laphroaig 10 Year Old is.

Not because it’s undrinkable (far from it), but simply because I know telling you about the never-ending joy it brings me will likely increase the price and I won’t be able to get my hands on it any more! But there you go, I’ll put my ego aside for today and tell you about this timeless classic.

Because that’s what this Laphroaig 10 Year Old was in its time, a classic and an outstanding everyday dram.

Both the nose and the palate are like a fleeting love affair between a Scottish fisherman and a young Tahitian. A marriage of austerity and exoticism that only a handful of Islay’s great distilleries can master. Far from the ostentatious PPMs found in today’s whiskies, this version was designed to be rich and incredibly sunny, and the fresh and subtle smoke simply serves to remind us that this treasure still has its feet firmly dug into the peat bogs of Islay. 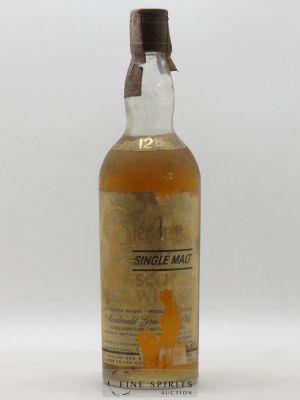 This fairly uncommon bottling from the former Glendullan distillery is worth going out of your way for.

Bottled at 47% (a rare thing for malts from this era), this 12 year old reveals stunning freshness. With floral honey, white tea, orange peel and birch sap, the nose is very clearly focused on spring. The magnificently austere palate, which at times even flirts with smoke, reveals a few notes of slate and linseed oil... Note also that these versions are often boosted by a hint of old bottling effect, which is sure to delight fans of old bottlings!

An exemplary malt that begs the question, “Why is there no more Glendullan in my cellar?!” 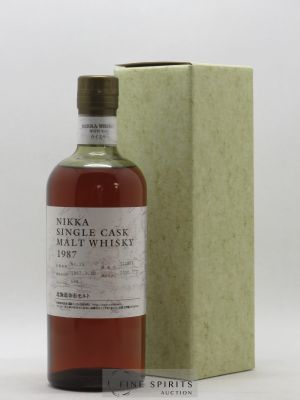 I’ve always had a weakness for Yoichi, Hokkaido’s recluse distillery, built near the sea and far from the world’s bustle, sheltered by its brick walls and crimson roofs. The austere wood reminds me of incense. The sandalwood and wax are reassuring, an invitation for calm and meditation. The citrus fruit (orange, lemon) and spices (ginger, clove) bring relief to this sombre and slightly peaty core that, for me, is the trademark of a distillery I keep coming back to to make the harshness of winter and life more bearable. 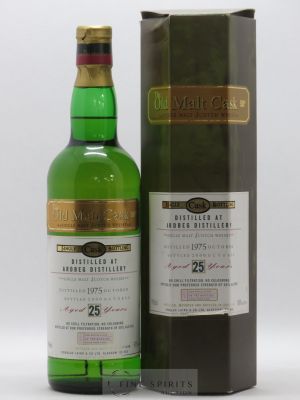 This whisky has a duality I never get tired of. It’s a fresh and bright garden of nymphs where citrus fruits (lemon, kumquat) and aromatic plants (mint, eucalyptus) reign supreme; and at the same time, more discretely, peat, smoke and salinity in the background bring us to the sea and darkness. It’s this duality that makes this Ardbeg so fantastically charming. One of the most beautiful I’ve ever been given to drink.