The View from the Golden Promise 3.1

Nestled in the Montorgueil district of Paris, the Golden Promise bar is split into two areas: The first a cocktail bar and the second dedicated to tasting rare whiskies. More than 1,000 bottlings most of which are almost impossible to find elsewhere are available in the speakeasy style cellar.

Looking through the results of the last sale, I was surprised by the bidders’ apparent lack of interest in Port Ellen, Islay’s sleeping beauty. Might it be the prospect of her waking up that put fans off? Have they forgotten the dark and austere beauty of this great distillery felled by the crisis in 1983 like so many others? This twelfth release should refresh their memories. It’s a precise whisky with extreme complexity, where an oily texture and tarry smoke act as a sheath for an ultra sharp blade of camphor, citrus and salt. A real masterpiece!

Hakushu always reminds me of the landscape surrounding the distillery, comfortably nestled in the heart of the forests of Mount Kaikomagatake, with the Japanese Alps in the background. A green landscape stretches into the distance with refreshing and delicate notes of mint, eucalyptus and mandarin. The bourbon cask envelops all of this in vanilla, stepping up the richness and adding gentle spice (ginger, pepper). 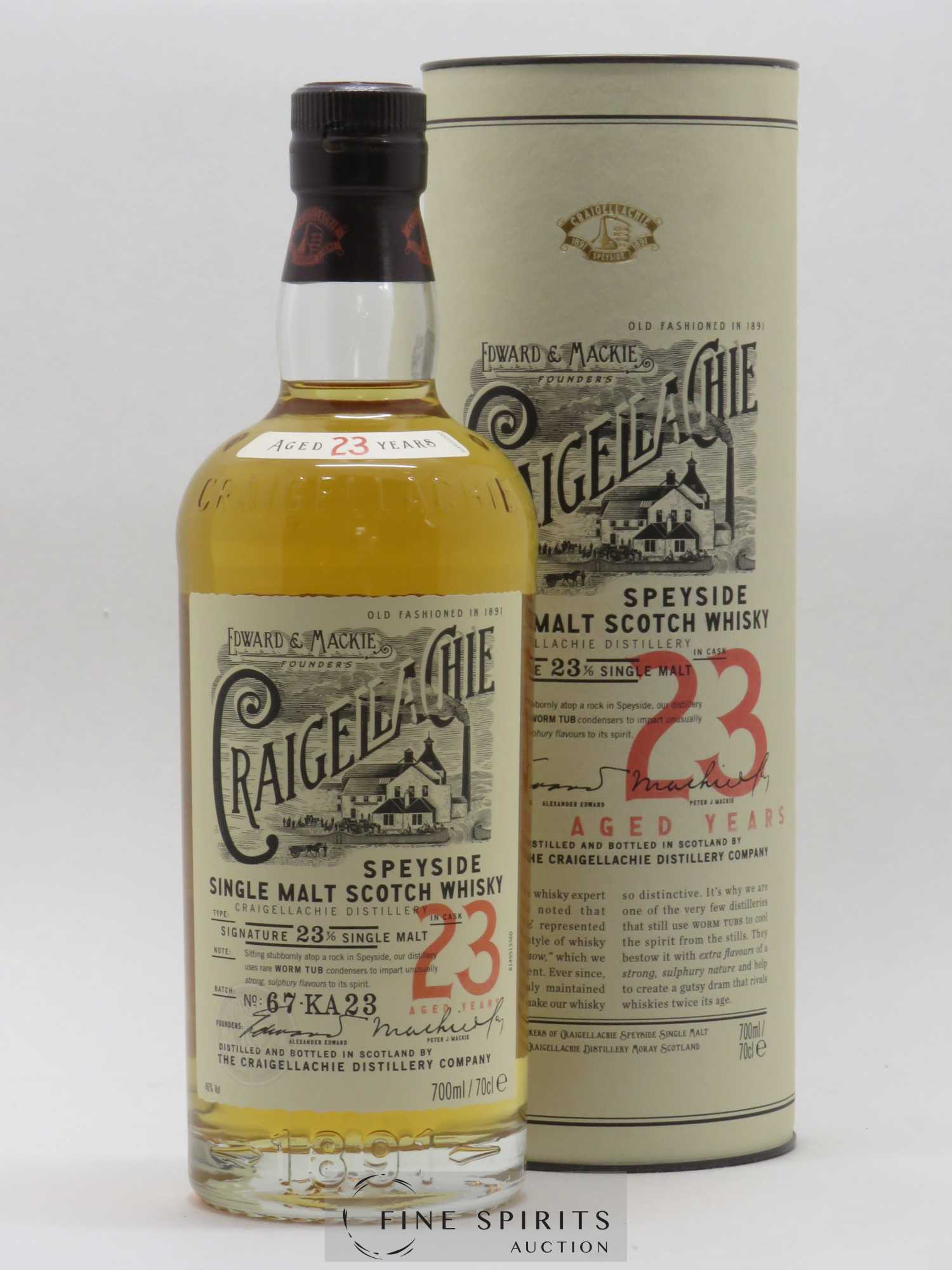 Speeding along at the wheels of their time machines, whisky collectors (myself included) occasionally forget that some of the best treasures can be found right under their noses!

And, although you’ll find the influence and patina of the great whiskies of the last century reflected in it, this Craigellachie is very much from the present day! Incredibly fresh, characterized by powerful notes of floral honey, candied fruit and beeswax, all further enhanced by an oily texture and minerality that would make a Sancerre blush. These tones have something of a certain legendary single malt from the coasts of the Highlands that no longer exists... In short: a whisky we’ll never tire of.

So, forget the wormholes, put the Delorean back in the garage, and instead pour yourself a glass of Craigellachie 23 Year Old—the journey through time is added as standard!

I’m always excited to talk about my first malty love!

Truly unmistakable, Lagavulin is one of those distilleries that blows you away with every sip. This 25 year old is no exception. The incandescent peat, the crystals of salt and the brown algae are like experiencing a storm crashing into the North Atlantic coast. This grandiose spectacle is then brightened up by a few notes of orange jam, pine liqueur and cigar box. In the honourable tradition of the 16 year old, this 1977 proudly reveals the house style, while simply being more mature, more oily, more powerful and more distinguished. What more could one ask for?